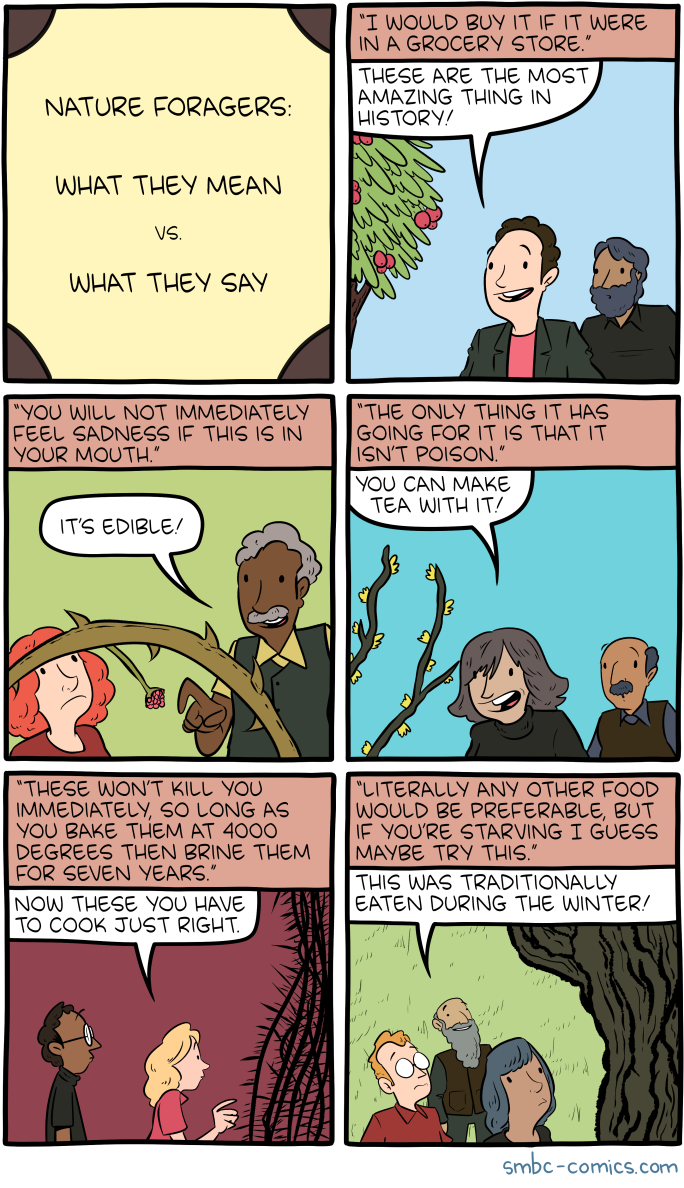 Hovertext:
Thanks to the Patreon Squad for helping me fix an earlier version of this!

“It’s a sh-- sandwich, and it was designed that way by Scott,” said one DeSantis advisor. “It wasn’t about saving money. It was about making it harder for people to get benefits or keep benefits so that the unemployment numbers were low to give the governor something to brag about.”
Washington, DC

freeAgent
Holy shit. And the prize for somehow managing to get through the application is $275/wk, maximum. This is the sort of situation that triggers revolutions.

JimB
reply
What is it with Republicans. And why do people keep voting them in?

At a morning briefing on Thursday, officials said three patients had been moved to the Comfort. After The New York Times published an article with that number, Elizabeth Baker, a spokeswoman for the Navy, said the number had increased to 20 by late in the day. “We’re bringing them on as fast as we can bring them on,” she said.

Hospital leaders said they were exasperated by the delays.

Mr. Dowling said he has had to tear his hospitals apart, retrofitting any unused space, including lobbies and conference rooms, into hospital wards. His facilities now house 2,800 so-called Covid patients, up from 100 on March 20, he said. About 25 percent of those are in serious conditions in intensive care units.

Sign up to receive our daily Coronavirus Briefing, an informed guide with the latest developments and expert advice.

Across the city, hospitals are overrun. Patients have died in hallways before they could even be hooked up to one of the few available ventilators in New York. Doctors and nurses, who have had to use the same protective gear again and again, are getting sick. So many people are dying that the city is running low on body bags.

At the same time, there is not a high volume of noncoronavirus patients. Because most New Yorkers have isolated themselves in their homes, there are fewer injuries from car accidents, gun shots and construction accidents that would require an emergency room visit.

Ultimately, Mr. Dowling and others said, if the Comfort refuses to take Covid patients, there are few patients to send. And given the pernicious spread of the disease in New York City, where nearly 50,000 were infected as of Thursday, dividing patients into those who have it and those who do not is pointless, he said.

The solution, he and others said, was to open the Comfort to patients with Covid-19.

“It’s pretty ridiculous,” he said. “If you’re not going to help us with the people we need help with, what’s the purpose?”

Asked about Mr. Dowling’s criticisms, the Defense Department referred to Mr. Trump’s statements about the Comfort at his daily briefing. The president said only that the ship was not accepting patients with the coronavirus.

Study: Biden can unite progressives and swing voters with a focus on climate by Matthew Yglesias
Thursday April 2nd, 2020 at 2:21 PM 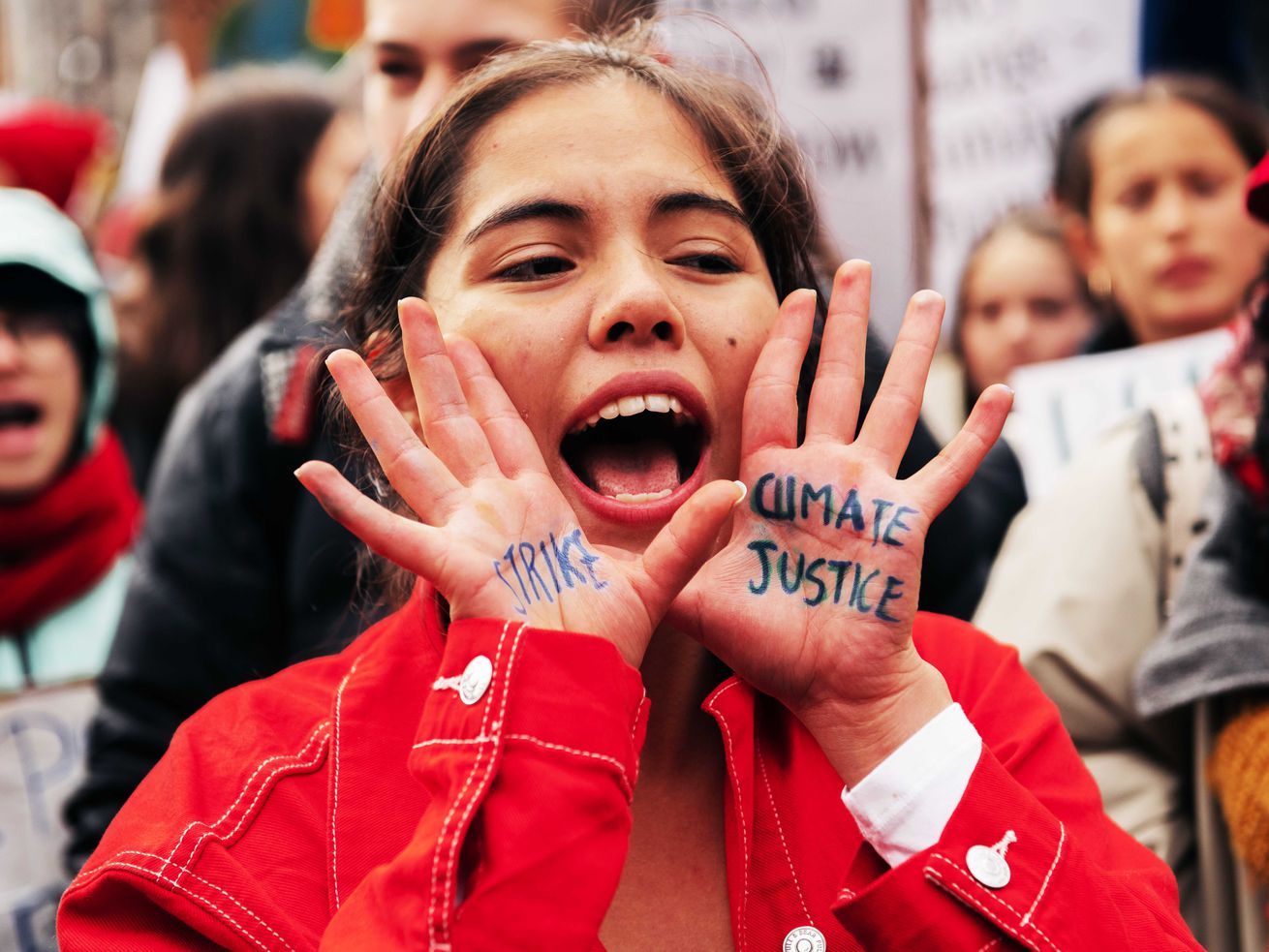 The environment is the biggest driver of doubts about Trump among his wavering supporters.

Most of the people who voted for Donald Trump in 2016 tell pollsters they’re firmly backing his reelection this fall. But elections are won by margins. And the relatively small number of Trump voters — about 10 percent, according to the Cooperative Congressional Election Survey — who say they’re at least considering casting a vote for the Democratic nominee are a critical slice of the population to understand.

And a new study, provided to Vox by Tufts University political scientists Brian Schaffner and Laurel Bliss and Data for Progress executive director Sean McElwee, argues that climate change could be the key for Democrats hoping to woo these voters.

This is a matter that should be of some concern to Joe Biden in particular, as the wavering Trump voters are disproportionately young and the youth vote has not exactly been Biden’s strong suit. But while these voters take conservative positions on some issues, their ideas on climate are largely aligned with those of the Democratic Party base and with stances Biden himself has already taken.

Who the wavering Trump voters are

Trump voters who’ve lost confidence in the president are an electorally critical demographic, but it’s also a small group of people — just around 10 percent of the approximately 46 percent of voters who pulled the lever for Trump in 2016. The CCES is an ideal tool to study those voters because it’s a large survey, with 19,000 responses, that can still generate statistically useful information about small sub-groups.

The main takeaway is that those Trump voters who say they are likely to vote Democratic in 2020 (or aren’t sure) are much younger than the typical Trump voter. Over 20 percent of Trump backers in the youngest cohorts say they have doubts about 2020, but very few older Trump voters agree.

These wavering Trump voters, as you might expect, take a mix of liberal and conservative positions on various policy questions the CCES asks about.

Of course, it doesn’t matter whether a person has a left-leaning view on an issue if they don’t really prioritize it — so the authors ran the data through an algorithm designed to show which issues are strong statistical predictors of wavering. In other words, what are the issues on which giving some liberal answers means you’re likely considering voting for a Democrat in 2020?

What the authors found is that climate and immigration stand head and shoulders above the rest.

The paper’s key finding is that on climate and environmental issues, wavering Trump voters — both those who say they’re likely to vote Democratic in 2020 and those who say they’re unsure — have views that fit comfortably with those of most rank-and-file Democrats as well as positions the Biden campaign has articulated.

Large majorities of wavering Trump voters believe in renewable energy mandates, think the EPA should regulate greenhouse gas emissions, oppose repealing the Clean Power Plan, and disagree with the US leaving the Paris climate agreement. Strengthening the Clean Air and Clean Water acts is a less popular idea, but one still favored by a majority of wavering Trump voters.

Immigration, by contrast, is a trickier issue.

Wavering Trump voters oppose the president’s most extreme stances, like deporting so-called DREAMers and his ongoing efforts to slash legal immigration. But they don’t necessarily agree with Democrats’ broader skepticism of the immigration enforcement apparatus. That makes immigration a dicey issue to debate (though Biden could strengthen his position with swing voters by coming out in favor of increased US Border Patrol funding, albeit at the risk of annoying left-wing activists).

On climate, Biden’s on much firmer ground. And highlighting the climate issue would pair naturally with other potential Trump weak points — like the unprecedented increase in air pollution deaths on his watch, or the surprising depth of public support for stronger clean water rules — that have received scant media attention during the Trump years.

Of course, the immediate coronavirus crisis makes it hard to secure attention for anything else these days. But the practical and thematic linkages between the climate crisis and the pandemic are very real. We are witnessing before our eyes a live demonstration of the perils involved in ignoring scientific expertise when it happens to be inconvenient and the value of preparing in advance for potential problems in the future. Climate change is also likely to severely exacerbate the problem of mosquito-borne illness, as the bugs that carry Zika, dengue fever, chikungunya, and malaria expand their range.

Most Democratic operatives seem skeptical of the political merits of the climate issue, but the evidence suggests that it — rather than the aberrant personality or corruption topics that often dominate negative media coverage of Trump — is one of the biggest drivers of doubts about the president among people who supported him in the past. Finding ways to inject the issue into both paid and earned media to remind waverers of the large climate stakes in the election could be a key way to turn those doubts into votes.

mareino
reply
I wouldn't have expected it, but I'll take it.
Washington, District of Columbia

A Delayed Makeover of D.C.’s Unemployment Website Impacts Tens of Thousands of Residents by Mitch Ryals
Thursday April 2nd, 2020 at 8:45 AM

A surge in claims due to COVID-19 makes the delay sting even worse.
Read the whole story

The Health 202: Antibody tests to pinpoint number of U.S. coronavirus infections are key to reopening country by Paige Winfield Cunningham
Wednesday April 1st, 2020 at 9:35 AM

'I don’t know how you make policy without these numbers,' Stanford University researcher Jay Bhattacharya told me.